Chris Dudick started what is now SILAS, as a makers studio in Monmouth County for children to learn Audio/Visual and Technology in after school and summer programs. Within the first few months of running the program, it became evident that many children in the program had special needs or were on the spectrum.

"These students loved the technology and were highly skilled in using it, but needed support when it came to working and interacting with other students and staff." 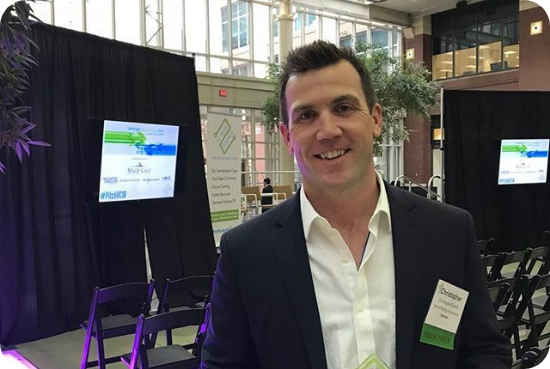 This AHA MOMENT was the impetus for SILAS Solutions.

Chris wondered if there was a way to take their love of technology and use it to improve their social and emotional learning. He reached out to Bernadette Mullen, a speech language pathologist, to run the idea by her. She was in! Together they set out to create a technology-based social skills class.

These new tech-based social skills classes were a HIT! In the class, students would create characters and write a story about them. Through the writing process, Bernadette would give the characters social problems that they would have to navigate and learn from in the story.

Story lines included topics such as asking good questions, conflict resolution and interrupting. Chris would then record their voices in a sound booth and animate the story.
The process was fun, engaging, and gave students their own social stories to watch, rewatch, and learn from. After working on these cartoons for 10 years, Chris won an Emmy for Socially Conscious Cartoons.

Additionally, studentsâ parents and teachers were seeing the studentsâ socialization improve. Hundreds of animations later, Chris realized there must be a better way. Small Factory Innovations was founded and SiLAS was born.

The first version of SILAS was a downloadable 2D software that only worked on PC. Yet, the company was able to secure research studies with researchers at both Princeton and Kean Universities that showed favorable results.

The company applied for a National Science Foundation SBIR grant and was awarded the grant in January 2017. After six months of development, the new browser-based 3D version of SiLAS was ready for launch.

SILAS began rolling out in schools in New Jersey as a Tier 2 and 3 social skills program. It eventually grew into a fully developed CASEL-aligned social emotional learning program. Additionally, a Transition/Vocational curriculum was launched.

During this time, the Covid-19 pandemic began. SILASâ ability to work virtually and hybrid provided a much needed solution for our partner schools. It was during this time that schools started to use SiLAS as a Tier 1 solution as social emotional development became a focus for ALL STUDENTS.

The Future is Now

The SILAS platform continues to grow and expand. We provide social emotional and behavioral solutions for all practioners and students. The platform can be implemented by any stakeholder in a school. Our offerings: SEL Screeners, SEL Curriculum for all ages, ABA Curriculum, Executive Functioning Curriculum and Transition/Vocational Curriculum.
At the heart of SILAS, is still Chris Dudick, his team, and the animated movie making platform that started it all back in 2007.
SOLUTIONS
RESOURCES
COMPANY
© Copyright 2022 SILAS
All rights reserved.

Some text in the Modal..